The Internet is not the solution. Rather, it is the all-consuming question of the first half of the 21st century – one Andrew Keen is committed to analyzing and answering.

One of the world’s most influential thinkers on 21st century business, technology and media, Keen is renowned for his controversial commentary on the digital revolution and its impact on culture and the economy. “If you don’t think your company is vulnerable to the digital revolution, then your company is dead,” says Keen. He is the author of three books, including “Cult of the Amateur” (Doubleday, August 2007) and “Digital Vertigo” (St. Martin’s Griffin, April 2013). His latest, internationally acclaimed “The Internet is Not the Answer” (Atlantic Monthly Press, January 2015), is hailed an “enormously useful primer for those of us concerned that online life isn’t as shiny as our digital avatars would like us to believe.”

Neither dogmatic advocate nor hardened cynic, Keen identifies the good and the bad of technology, and explains its significance with both a human and historical perspective. Sharp and witty, he is an acclaimed international speaker, respected for coupling hard-hitting, provocative perspectives with concrete solutions. Named one of the “100 Most Connected Men” in 2015 by GQ magazine, Keen is the executive director of the Silicon Valley innovation salon FutureCast, host of the popular Internet chat show “Keen On” and a columnist for CNN. He has appeared on many television and radio shows, including the Colbert Report, Today Show, Fox News, NPR’s Weekend Edition and BBC Newsnight. His writings and commentary have also been featured in the Los Angeles Times, Wall Street Journal, Fast Company and Forbes, among many other major media.
​
Keen is a senior fellow at CALinnovates, an organization advocating for California’s consumers of technology and innovation. A 20-plus year veteran of the technology industry, he has significant experience as an Internet entrepreneur and Silicon Valley executive. He founded Audiocafe.com, a pioneer Internet music business, in 1995. Keen continues to be an active advisor and investor in promising start-up companies.

Why the Internet (Currently) is Not the Answer
The Internet has ushered in one of the greatest shifts in society since the Industrial Revolution, and over the last 20 years, continues to contribute to the world in many positive ways. But as a society, says Andrew Keen, we’re less aware of the Internet’s deeply negative effects on our psychology, economy and culture. Keen navigates through the tech world – warts and all – and investigates what we can do to make sure the choices we make about the reconfiguring of our society do not lead to unpleasant and unforeseen aftershocks. Drawing from his latest book, he offers a historical and contemporary analysis of the Internet, and explains how it can – and indeed must – be the answer in our increasingly networked society.

The AI Revolution: Be Afraid, Very Afraid
They are coming to an office near you: job-gobbling robots that can do your work better and more cheaply than you can. In fact, 21st century machine intelligence may well be the greatest challenge to the human species in its history, argues Andrew Keen. How did we get to a point in which many fear robots are on the verge of becoming more intelligent than human-beings? Keen explores the current state and forecasts the future of artificial intelligence (AI), laying out the long-term economic implications of smart machines, particularly on human jobs. In this age of connectivity – that on the surface promises the democratization of fame, power and wealth – Keen suggests how we must protect our value and keep the AI revolution from extending the inequality gap even further.

The Driverless Car: Implications of the Crisis of Authority
The more experts on “leadership,” the fewer leaders we have to steer us through the manifold crises of the early 21st century, argues Andrew Keen. The world is drifting in very dangerous waters – from a structurally flawed EU to a morally compromised global financial system to the refugee crisis in the Mediterranean to the endless civil wars in the Middle East to the threat of artificial intelligence and biotech – and the bigger the problems, the weaker our leaders. Explains Keen, we are now facing the specter of effective authoritarian leaders – from Vladimir Putin to Marine Le Pen – who are effectively stepping into the void left by ineffective political leadership in the west. 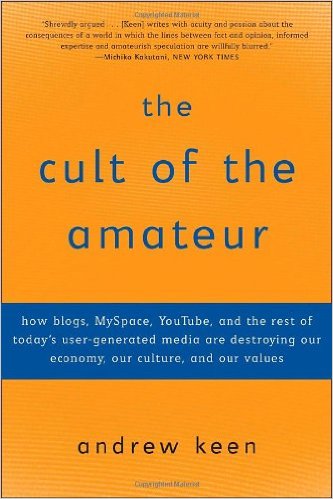 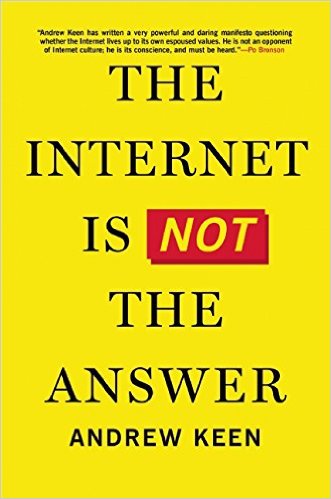