“Wherever you put the mind, the body will follow.” This core belief both sums up and propels social psychologist Ellen Langer’s work.

Over nearly four decades, Dr. Langer’s breakthrough research on mindfulness has greatly influenced thinking across a range of fields, and has proven to have significant impact on business performance, leadership potential, and personal health and well-being. Her theory posits that by actively noticing new things and paying attention to what’s going on around us, instead of operating on auto-pilot, we can reduce stress, unlock creativity and boost performance – a powerful antidote in an increasingly chaotic world.
​
Oft-described as the “mother of mindfulness,” Dr. Langer – Harvard University’s first female tenured professor in psychology – has authored 11 books and more than 200 research articles on the topic, including a series of four international best-sellers:  “Mindfulness” (Da Capo Press, 1990); “Counterclockwise: Mindful Health and the Power of Possibility” (Ballantine Books, 2009); “On Becoming an Artist: Reinventing Yourself Through Mindful Creativity” (Ballantine Books, 2006), and “The Power of Mindful Learning” (Da Capo Press, 1998). Her latest book, “The Handbook of Mindfulness” (Wiley-Blackwell, 2014), is an anthology that brings together the latest multi-disciplinary research on mindfulness. She also continues to write extensively on related themes including the illusion of control, aging, stress, decision making and health – each examined through the lens of her mindfulness theory.

Dr. Langer is a passionate and articulate lecturer, highly regarded as a guest speaker around the world. Among numerous other honors, she is the recipient of a Guggenheim Fellowship, four Distinguished Scientist Awards, a World Congress Award, NYC Alumni Achievement Award, the Staats Award for Unifying Psychology and the Liberty Science Center’s Genius Award. The citation for Dr. Langer’s Distinguished Contributions Award from the American Psychological Association reads, “…her pioneering work revealed the profound effects of increasing mindful behavior… and offers new hope to millions whose problems were previously seen as unalterable and inevitable. Ellen Langer has demonstrated repeatedly how our limits are of our own making.”
Founder of The Langer Mindfulness Institute – an organization dedicated to furthering mindfulness research – Dr. Langer consults with companies to “redesign the workplace” by fostering mindful leadership, spurring innovation, and instituting mindful strategy processes and work/life integration. The results are compelling: greater efficiency and effectiveness, reduced burnout and health costs, improved problem solving and an overall higher likelihood of survival in an ever-changing world. The impact of Dr. Langer’s work and that of the Institute reaches beyond business, teaching the average person how to live boldly. Recently replicated in a BBC production, her famous Counterclockwise study, where people lived for a week in a retreat retrofitted to an earlier time to regain vitality, further authenticates her psychology of possibility.

The Call for Mindful Leadership

Virtually all of our problems – professional, interpersonal, personal and societal – stem from mindlessness. We simply are not thinking, blinding ourselves to new possibilities. But Dr. Ellen Langer has found turning this around to focus on and encourage mindfulness is far easier, and increasingly more important, than most believe. For business leaders, mindfulness isn’t just about being tuned in and keeping pace; it’s a strategy to improve personal and company-wide performance and productivity, to innovate and push boundaries. And in an era of mounting pressure and uncertainty, those capabilities are critical. Dr. Langer delves deep into the “power of possibility,” and through her research and real-world examples, helps leaders understand how to “be mindful, notice new things, make it meaningful and… prosper.”

If we could turn back the clock psychologically, could we also turn it back physically? For nearly 40 years, Dr. Ellen Langer has studied this provocative question, and now she offers an answer: opening our minds to what’s possible, instead of presuming impossibility, can lead to better health – at any age. Drawing on landmark work in the field and her own body of colorful and highly original experiments, Dr. Langer shows that the magic of rejuvenation and ongoing good health lies in being aware of the ways we mindlessly react to social and cultural cues. With only subtle shifts in our thinking, in our language, and in our expectations, she tells us, we can begin to change the ingrained behaviors that sap health, optimism and vitality from our lives. Improved vision, younger appearance, weight loss and increased longevity are just four of the powerful results.

The ubiquitousness of “Lean In” as well as headlines proclaiming that you can/cannot/who knows “Have It All” have turned our collective attention toward a subject that, despite endless discussion, still appears to have no answers. Work/life balance, says Dr. Ellen Langer, suggests the two are opposite and have nothing in common. But that’s not true. They’re both mostly about people. Instead of trying to balance the mythical scales, integrate work and life for greater happiness and control. Through her world-renowned mindfulness theory, she explains how. 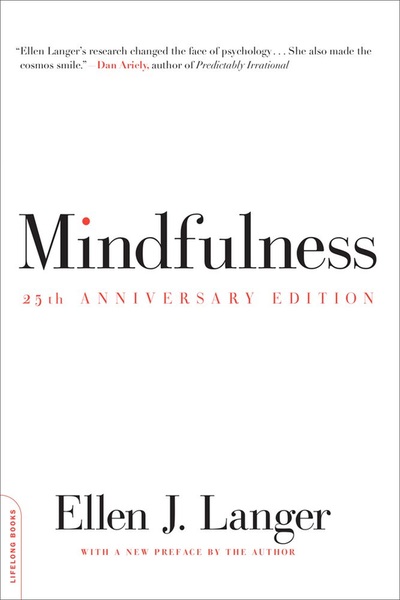 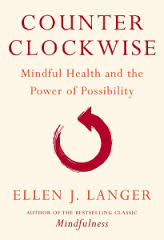 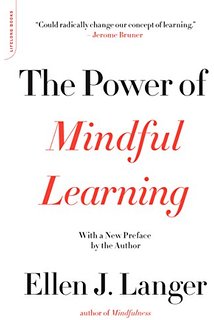 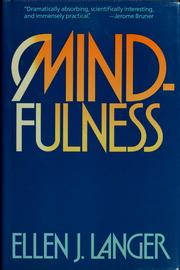