Every executive knows business strategy is important to innovation, growth and competitiveness. Nearly all of them, however, find the process daunting, overwhelming and arduous. And often, what results isn’t effective, or even a strategy at all. The fact is, very few leaders are satisfied with their company’s strategy, and fewer still know how to change that. Roger Martin, the world’s #2 Management Thinker (Thinkers50) who is unique in his authority on both the theory and practice of strategy, does – by balancing rigor with creativity and design.

Editor-in-chief of the Harvard Business Review (HBR) Adi Ignatius recently described Martin as “the 21st century Peter Drucker.” Indeed, Martin is a rare gem – honored as the best in endeavors as diverse as management consulting for the largest, best-run companies in the world, and for leading a top business school while creating new knowledge in fields such as design thinking. Formerly a chaired professor of strategic management, director of the Martin Prosperity Institute, and Dean at the University of Toronto’s Rotman School of Management, he is the definitive expert helping leaders hone their abilities to design deliberate, creative and effective strategies. He doesn’t just make good strategy possible; he makes it simple, practical, user-friendly and fun.

Over the last three decades, Martin’s approach to business strategy and problem-solving has greatly influenced the executives and managers of many of today’s leading corporations. He is the trusted advisor to CEOs of global companies, including Lego, IDEO, Verizon and Procter & Gamble (P&G). In fact, he has been a valued part of P&G’s team as a counselor on strategy since 1986. Martin’s best-selling book, “Playing to Win: How Strategy Really Works” (Harvard Business Review Press, 2013), co-authored with P&G’s A.G. Lafley, outlines the strategic method that helped Lafley quadruple the company’s profits and increase its market capitalization by more than $100 billion. He also wrote “The Design of Business: Why Design Thinking is the Next Competitive Advantage,” (HBRP, 2009), a seminal book on the application of design to business, fueling Martin’s recognition as one of the world’s most influential designers (BusinessWeek, 2010), despite not being one by training. Martin’s other groundbreaking book, “The Opposable Mind” (HBRP, 2007), introduced the business world to integrative thinking – the fusion of opposing ideas to create innovative solutions for pressing problems. His most recent book, “Creating Great Choices: A Leader’s Guide to Integrative Thinking” (HBRP, 2017), co-authored with Jennifer Riel, takes this concept deeper, providing a users’ guide to putting integrative thinking into practice. His next book, “When More is Not Better: Overcoming America’s Obsession with Economic Efficiency” will be published in September 2020.

Martin is a staunch believer in knowledge for action. His audiences walk away from every interaction knowing what things they can do, not just what they should do. Martin writes and speaks extensively on strategy, innovation, design, social entrepreneurship, and the future of business education. One of the most frequent contributors to HBR, his pieces challenge readers to think in unique and deeper ways about the world around them. Martin often focuses on the modern tendency for executives to be pressured by number-crunching and analytical proof, blunting their creative edge and ability to think imaginatively.

Martin earned his bachelor’s degree in economics from Harvard College in 1979, and his MBA from Harvard Business School in 1981. For 13 years, he was the director of Monitor Company, a global consulting firm based in Cambridge, Mass.

How Strategy Really Works
For many leaders, strategy is confusing and frustrating. It’s also complicated and uncomfortable, and when it comes down to it, often not worth the time and resources that go into creating it. Strategy is about making key choices, says Roger Martin. It’s not about planning or creating long, detailed documents around which everyone aligns. Martin challenges – and changes – the way leaders think about strategy. He also makes it simple, fun and effective.
In this presentation, Martin debunks the unhelpful strategy myths that cause companies to do endless amounts of unproductive work. Instead, he helps leaders focus on what matters – founded on five interrelated, powerful choices. Audiences will walk away with actionable guidance for producing a strategy that makes a difference for their organizations.

Design of Business: Unleashing Innovation, Creativity & Competitive Advantage with Design Thinking
Who isn’t frustrated with the pace and level of innovation in their organization? According to Roger Martin – who asks this question of almost all audiences he addresses – the overwhelming majority of today’s leaders are discouraged and dissatisfied. In fact, there’s more dissatisfaction with innovation than anything else in the corporate world. Why? Martin offers a compelling and provocative explanation: we rely far too exclusively on analytical thinking, which merely refines current knowledge to produce small, incremental improvements to the status quo. He explains how companies’ processes are inadvertently stifling innovation, and offers practical counsel to transform them.
To innovate and win, Martin says companies need design thinking. In this presentation, he shows how leading companies such as Procter & Gamble, Cirque de Soleil, Lego and others link design principles to business strategies to produce systemic, consistent and profitable innovation and competitive advantage.

How to Think Like a Successful Leader
We are drawn to stories of effective leaders in action, but this focus on what a leader does is misplaced, argues Roger Martin. Moves that work in one context often make little sense in another – even at the same company or within the experience of a single leader. Instead, focus on how a leader thinks. Drawing from decades of personal experience as well as in-depth, multi-year research into some of the world’s most exemplary leaders, Martin dissects the unusual trait they all share: integrative thinking, or the capability to fuse opposing ideas to create a superior solution for pressing problems.
Integrative thinking, a term Martin coined and introduced to the business world, isn’t an ability you’re born with – it’s something you can hone. In this presentation, he provides leaders with a proven methodology and practical guidance to cultivate their integrative thinking capacity, helping them create better choices than what they’re currently capable of making today. 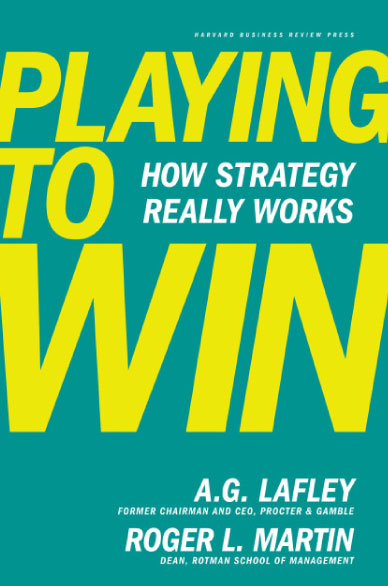 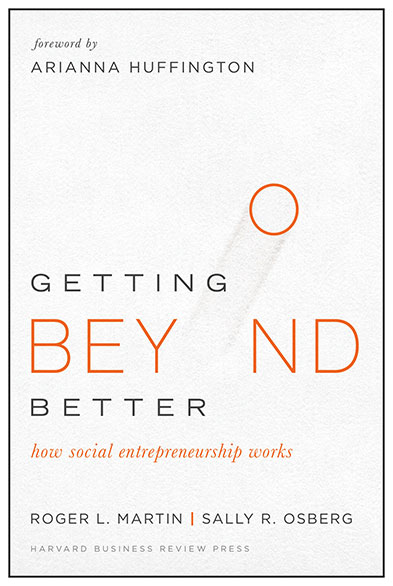 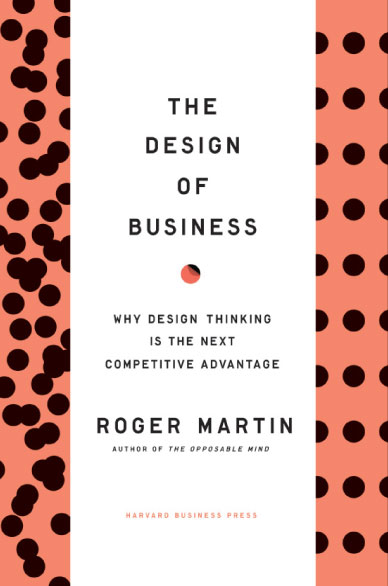 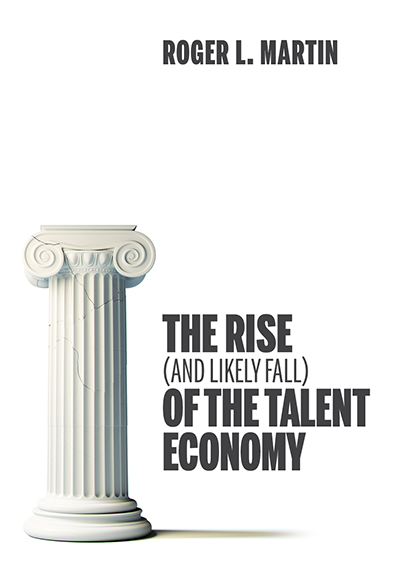 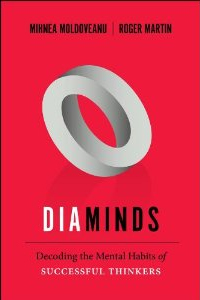 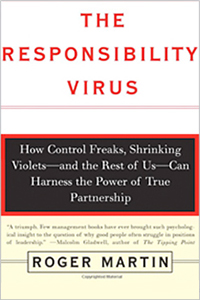 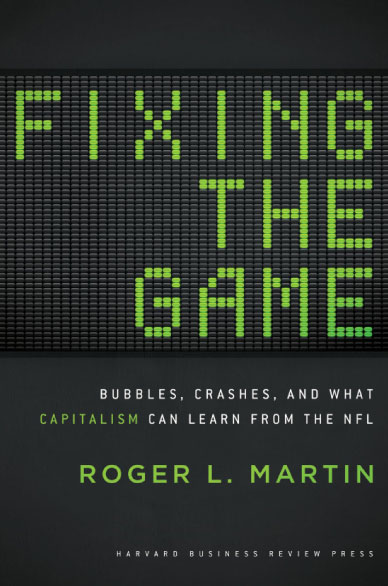 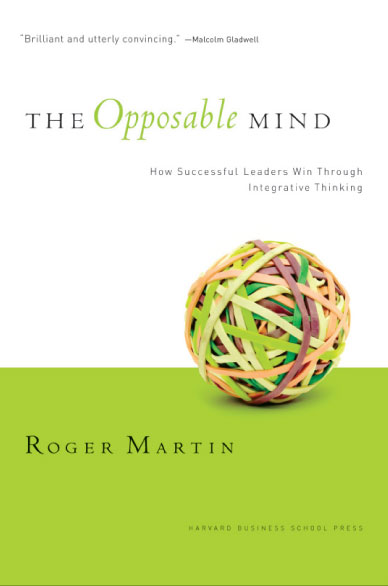