​As a specialist in new markets, Stephen Wunker combines world-class strategy consulting and entrepreneurial skills. He is the author of Capturing New Markets: How Smart Companies Create Opportunities Others Don’t, named one of the five Best Business Books of 2011, as well as co-author of Jobs to be Done: A Roadmap for Customer Centered Innovation (Amacom, 2016). Steve has a long track record of creating successful ventures for his own companies and on behalf of clients.

As a consultant, Steve was a long-term colleague of Harvard Business School Professor Clayton Christensen in building up his innovation consulting practice, Innosight. He has co-written two articles with Professor Christensen and helped to put together his recent book on healthcare The Innovator’s Prescription. He also spent several years consulting at Bain & Company in their Boston and London offices. He has led New Markets Advisors since 2009. In that capacity, he publishes frequently in outlets such as Forbes, Harvard Business Review, and The Financial Times. He has also appeared over the years on Bloomberg and BBC television, and he has been a guest lecturer at Dartmouth’s Tuck School of Business.

As an entrepreneur and corporate venturer, Steve co-founded Yowzit, the leading site for ratings and reviews in Africa and India. Previously, he was Managing Director of Celpay, a mobile commerce start-up created by the pan-African cellular network Celtel. It was sold to the South African financial services group First Rand. He also served as Celtel’s Business Development Director prior to the company being sold to Zain of Kuwait. Additionally, he was CEO of Brainstorm, a developer of mobile software that acquired a start-up he founded, Saverfone. In that capacity he co-founded what is now the global Mobile Marketing Association. He was also responsible for taking the British electronics firm Psion into the cellphone market, where through Psion’s collaboration with Motorola he led development of one of the world’s first smartphones, and in a venture with Ericsson he brought to market the world’s first mobile Internet device outside Japan.

Profiting in Times of Disruption
By looking at similar firms that made different choices with vastly diverging outcomes (such as IBM and Unisys), Steve helps firms see what the most effective strategy is for their situation in turbulent times. He looks at patterns of industry disruption and what strategies were used that separated the winners from the losers.​

Breakthrough: Creating New Markets
Drawing on his background in both entrepreneurial and corporate ventures, Steve delves into how established firms can attack new opportunities in an ambitious and nimble fashion. He looks at success and failure stories across industries, illustrating lessons on how to analyze new markets, prioritize the top options, and earn profits rapidly.

The Promise –and Peril– of the Emerging Markets
While emerging markets comprise 80% of the world’s population and 40% of its economy, these countries make up only 12% of the average S&P 500 company’s revenue. They present a huge opportunity for growth. Equally, the track record of many firms shows that emerging markets can generate big losses. Steve was part of the management of a very successful firm focused exclusively on emerging markets (Celtel BV, sold for $3.4 billion), and he has worked with many multinationals that have made significant money in these settings. He shares what strategies work in these markets and how companies need to re-orient their typical approaches in order to succeed.​ 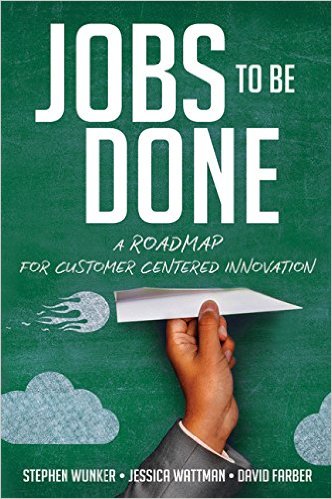 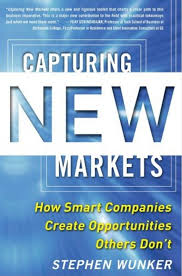